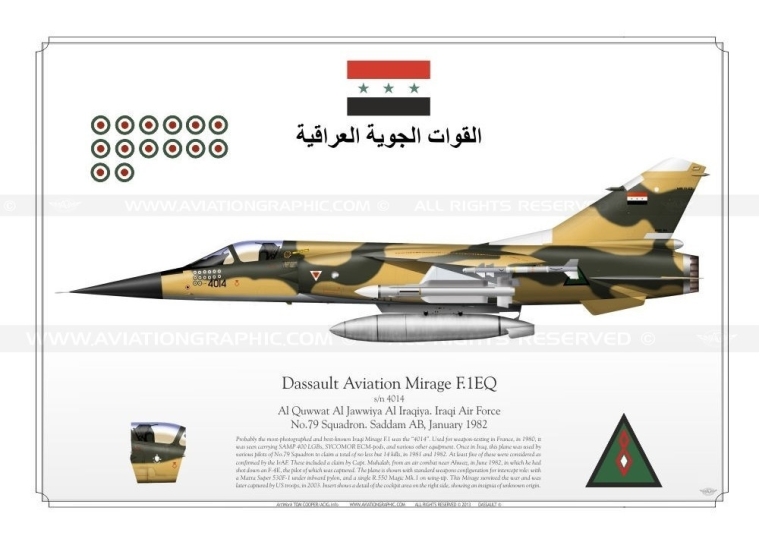 Probably the most-photographed and best-known Iraqi Mirage F.1 was the “4014”. Used for weapon-testing in France, in 1980, it was seen carrying SAMP 400 LGBs, SYCOMOR ECM-pods, and various other equipment. Once in Iraq, this plane was used by various pilots of No.79 Squadron to claim a total of no less but 14 kills, in 1981 and 1982. At least five of these were considered as confirmed by the IrAF. These included a claim by Capt. Muhalab, from an air combat near Ahwaz, in June 1982, in which he had shot down an F-4E, the pilot of which was captured. The plane is shown with standard weapons configuration for intercept role: with a Matra Super 530F-1 under inboard pylon, and a single R.550 Magic Mk.1 on wing-tip. This Mirage survived the war and was later captured by US troops, in 2003. Insert shows a detail of the cockpit area on the right side, showing an insignia of unknown origin.