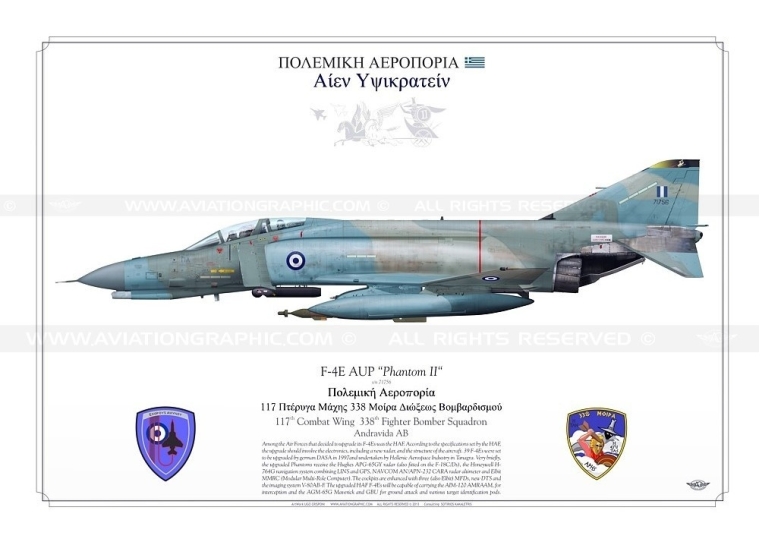 Among the Air Forces that decided to upgrade its F-4Es was the HAF. According to the specifications set by the HAF, the upgrade should involve the electronics, including a new radar, and the structure of the aircraft. 39 F-4Es were set to be upgraded by german DASA in 1997and undertaken by Hellenic Aerospace Industry in Tanagra. Very briefly, the upgraded Phantoms receive the Hughes APG-65GY radar (also fitted on the F-18C/Ds), the Honeywell H-764G navigation system combining LINS and GPS, NAVCOM AN/APN-232 CARA radar altimeter and Elbit MMRC (Modular Multi-Role Computer).The cockpits are enhanced with three (also Elbit) MFDs, new DTS and the imaging system V-80AB-F. The upgraded HAF F-4Es will be capable of carrying the AIM-120 AMRAAM, for interception and the AGM-65G Maverick and AGM-130, for ground attack and various target identification pods.

EXPRESSELY MADE FOR 338 MIRA 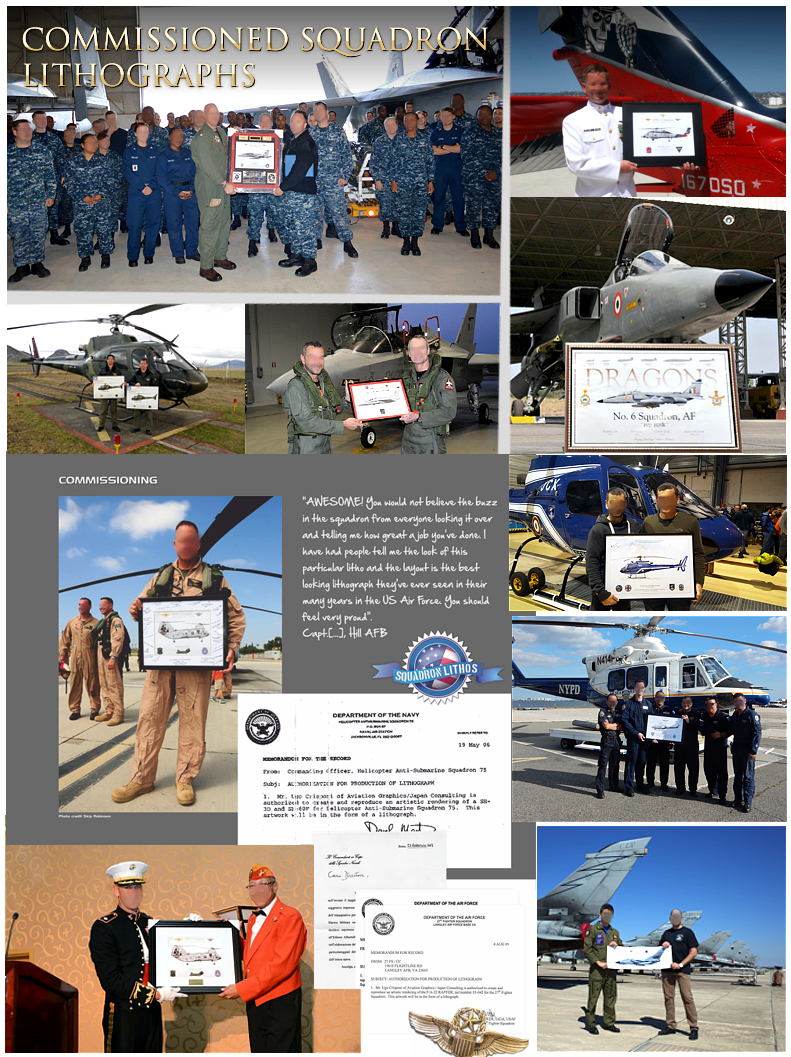