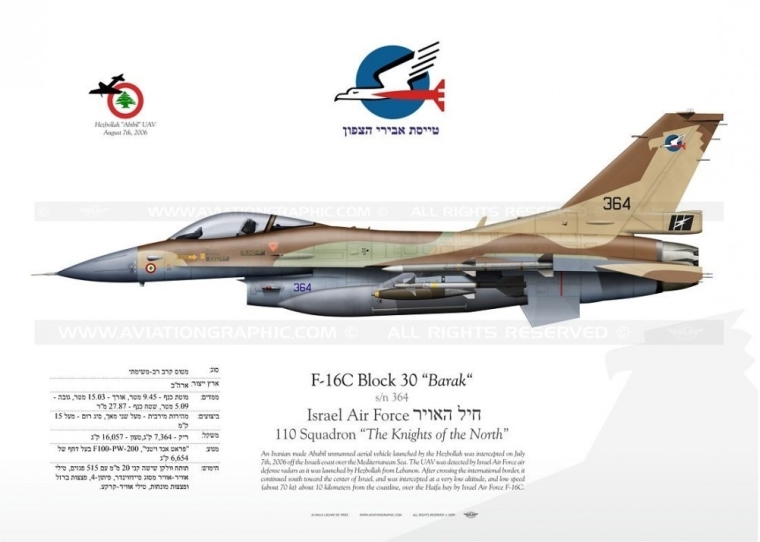 110 Squadron “The Knights of the North”

An Iranian made Ababil unmanned aerial vehicle launched by the Hezbollah was intercepted on July 7th, 2006 off the Israeli coast over the Mediterranean Sea. The UAV was detected by Israel Air Force air defense radars as it was launched by Hezbollah from Lebanon. After crossing the international border, it continued south toward the center of Israel, and was intercepted at a very low altitude, and low speed (about 70 kt) about 10 kilometers from the coastline, over the Haifa bay by Israel Air Force F-16C.