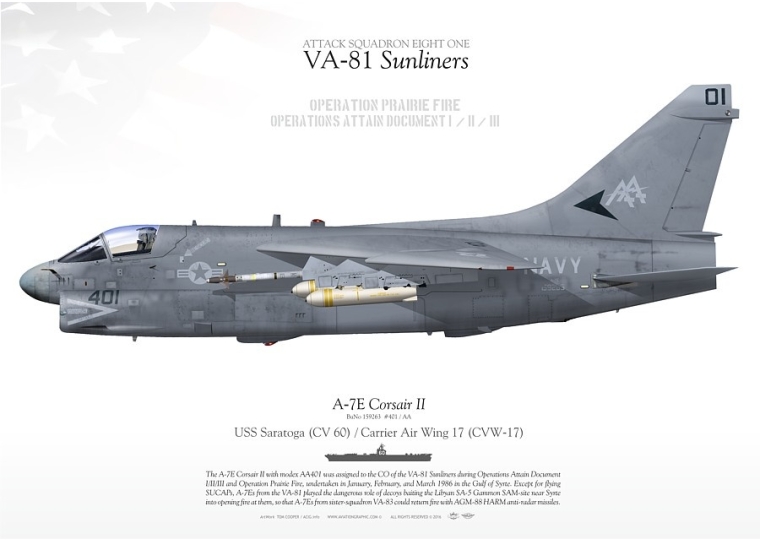 The A-7E Corsair II with modex AA401 was assigned to the CO of the VA-81 Sunliners during Operations Attain Document I/II/III and Operation Prairie Fire, undertaken in January, February, and March 1986 in the Gulf of Syrte. Except for flying SUCAPs, A-7Es from the VA-81 played the dangerous role of decoys baiting the Libyan SA-5 Gammon SAM-site near Syrte into opening fire at them, so that A-7Es from sister-squadron VA-83 could return fire with AGM-88 HARM anti-radar missiles.

By Timeframe
The Gulf War I & II / Libya
By Operator
U. S. N.
By Model
A-7 Corsair II
By Illustrator
Tom Cooper / ACIG.info