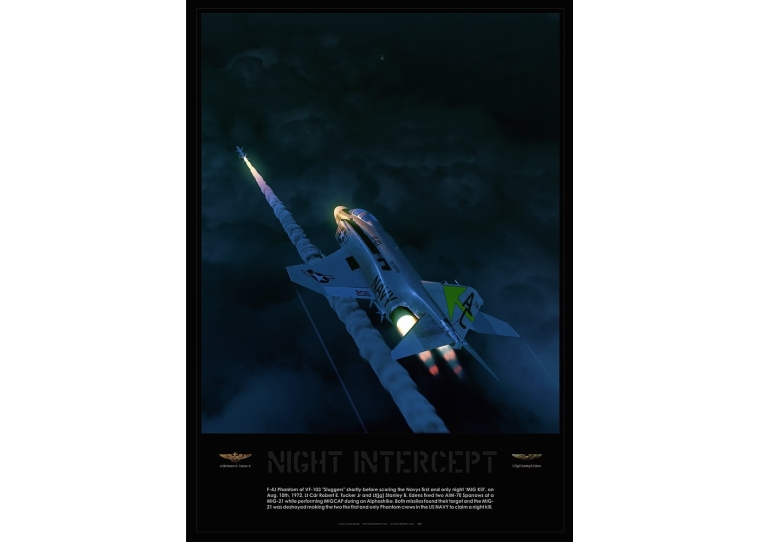 "NIGHT INTERCEPT"
F-4J Phantom of VF-103 "Sluggers" shortly before scoring the Navys first and only night MIG Kill.
on Aug. 10th, 1972, Lt Cdr Robert E. Tucker , Jr and Lt(jg) Stanley B. Edens fired two AIM-7E Sparrows at a MIG-21 while performing MIGCAP during an Alphastrike.
The first and only Phantom crews in the US NAVY to claim a night kill.