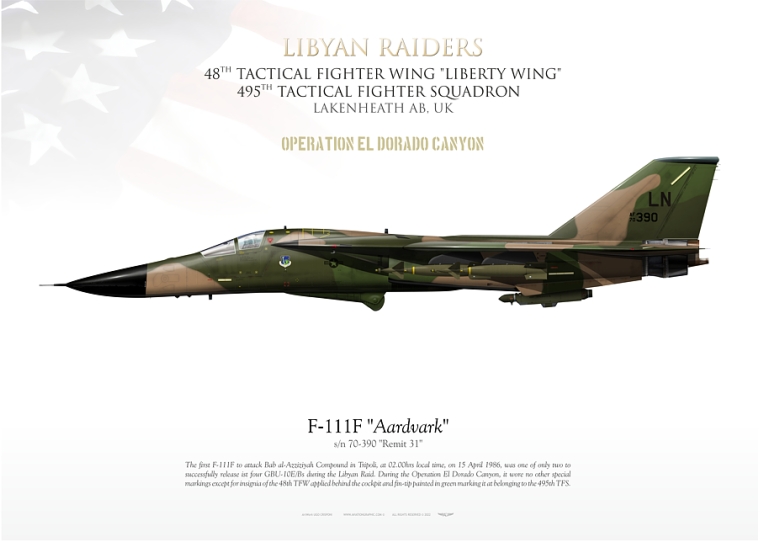 The first F-111F to attack Bab al-Azziziyah Compound in Tripoli, at 02.00hrs local time, on 15 April 1986, was one of only two to successfully release ist four GBU-10E/Bs during the Libyan Raid. During the Operation El Dorado Canyon, it wore no other special markings except for insignia of the 48th TFW applied behind the cockpit and fin-tip painted in green marking it at belonging to the 495th TFS.

By Timeframe
The Gulf War I & II / Libya
By Operator
US. AF
By Model
F-111 Aardwark
By Illustrator
Ugo CRISPONI