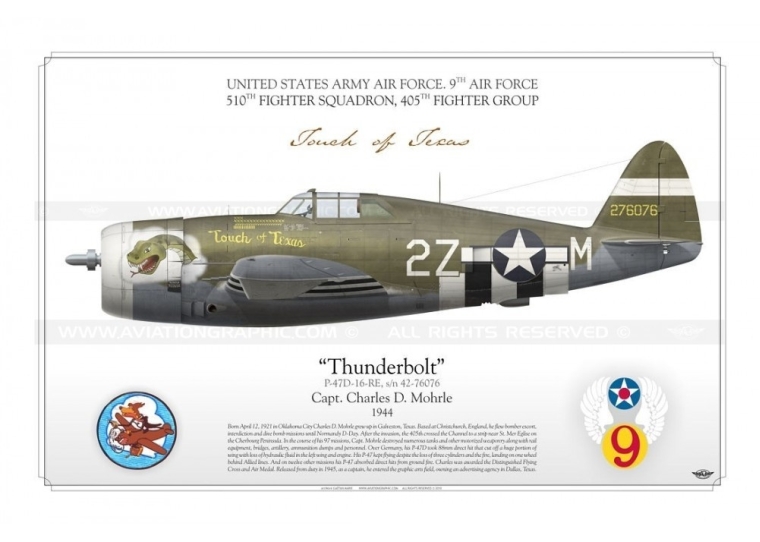 Born April 12, 1921 in Oklahoma City Charles D. Mohrle grew up in Galveston, Texas. Based at Christchurch, England, he flew bomber escort, interdiction and dive bomb missions until Normandy D-Day. After the invasion, the 405th crossed the Channel to a strip near St. Mer Eglise on the Cherbourg Peninsula. In the course of his 97 missions, Capt. Mohrle destroyed numerous tanks and other motorized weaponry along with rail equipment, bridges, artillery, ammunition dumps and personnel. Over Germany, his P-47D took 88mm direct hit that cut off a huge portion of wing with loss of hydraulic fluid in the left wing and engine. His P-47 kept flying despite the loss of three cylinders and the fire, landing on one wheel behind Allied lines. And on twelve other missions his P-47 absorbed direct hits from ground fire. Charles was awarded the Distinguished Flying Cross and Air Medal. Released from duty in 1945, as a captain, he entered the graphic arts field, owning an advertising agency in Dallas, Texas.