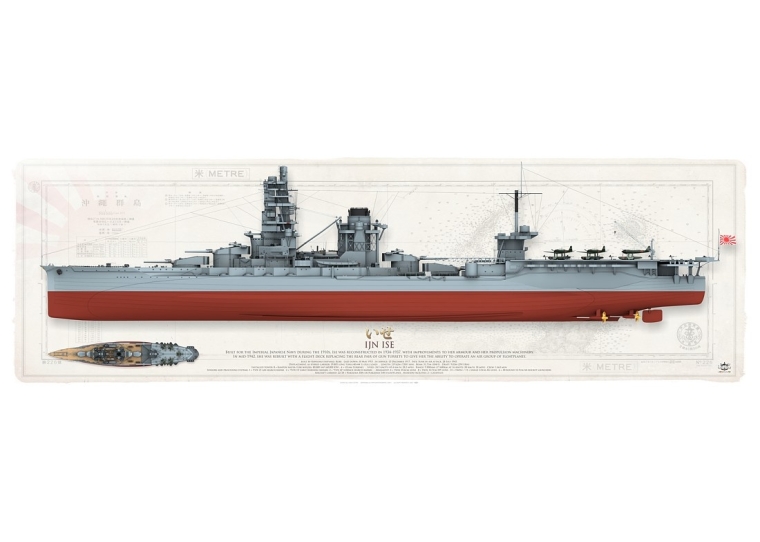 大日本帝国海軍
いせ / 伊勢
Built for the Imperial Japanese Navy during the 1910s, Ise was reconstructed in 1934–1937, with improvements to her armour and her propulsion machinery. In mid-1942, she was rebuilt with a flight deck replacing the rear pair of gun turrets to give her the ability to operate an air group of floatplanes.