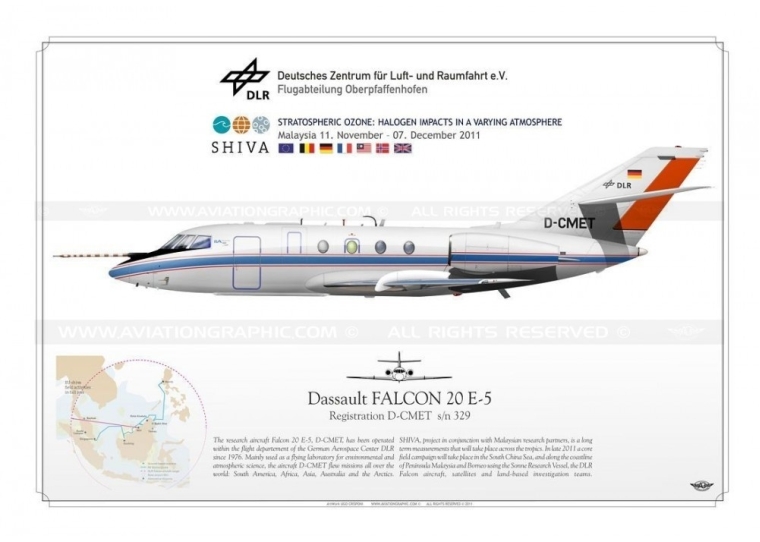 The research aircraft Falcon 20 E-5, D-CMET, has been operated within the flight departement of the German Aerospace Center DLR since 1976. Mainly used as a flying laboratory for environmental and atmospheric science, the aircraft D-CMET flew missions all over the world: South America, Africa, Asia, Australia and the Arctics. SHIVA, project in conjunction with Malaysian research partners, is a long term measurements that will take place across the tropics. In late 2011 a core field campaign will take place in the South China Sea, and along the coastline of Peninsula Malaysia and Borneo using the Sonne Research Vessel, the DLR Falcon aircraft, satellites and land based investigation teams.

EXPRESSELY MADE FOR DLR