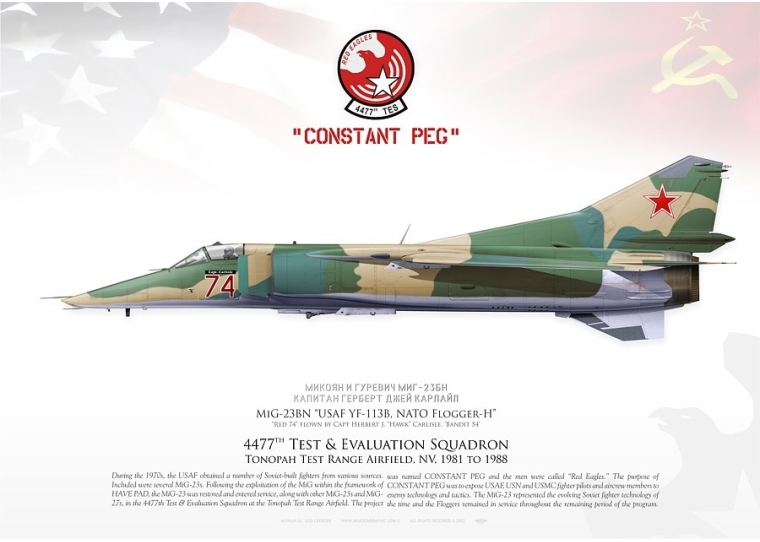 During the 1970s, the USAF obtained a number of Soviet-built fighters from various sources. Included were several MiG-23s. Following the exploitation of the MiG within the framework of HAVE PAD, the MiG-23 was restored and entered service, along with other MiG-23s and MiG-27s, in the 4477th Test & Evaluation Squadron at the Tonopah Test Range Airfield. The project was named CONSTANT PEG and the men were called “Red Eagles.” The purpose of CONSTANT PEG was to expose USAF, USN and USMC fighter pilots and aircrew members to enemy technology and tactics. The MiG-23 represented the evolving Soviet fighter technology of the time and the Floggers remained in service throughout the remaining period of the program.

By Timeframe
The Cold War
By Operator
US. AF
By Model
MiG-23/27 Flogger
By Illustrator
Ugo CRISPONI