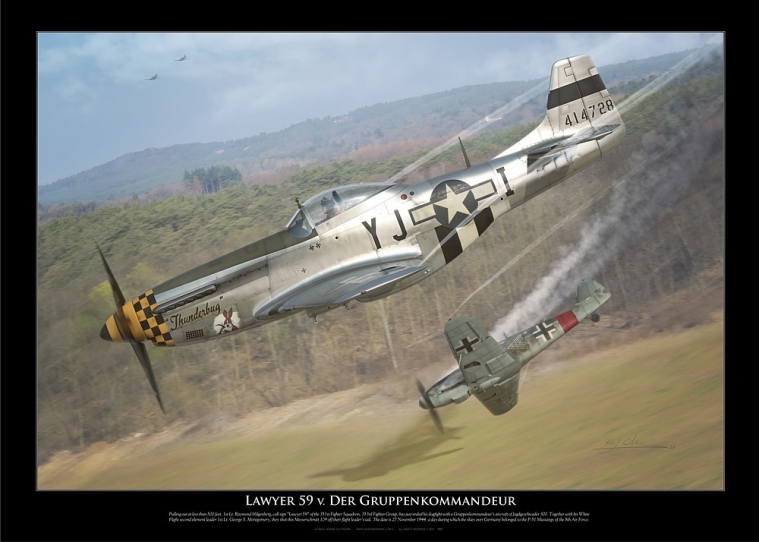 Pulling out at less than 500 feet, 1st Lt. Raymond Hilgenberg, call sign "Lawyer 59" of the 351st Fighter Squadron, 353rd Fighter Group, has just ended his dogfight with a Gruppenkommandeur's aircraft of Jagdgeschwader 300. Together with his White Flight second element leader 1st Lt. George S. Montgomery, they shot this Messerschmitt 109 off their flight leader's tail. The date is 27 November 1944, a day during which the skies over Germany belonged to the P-51 Mustangs of the 8th Air Force.