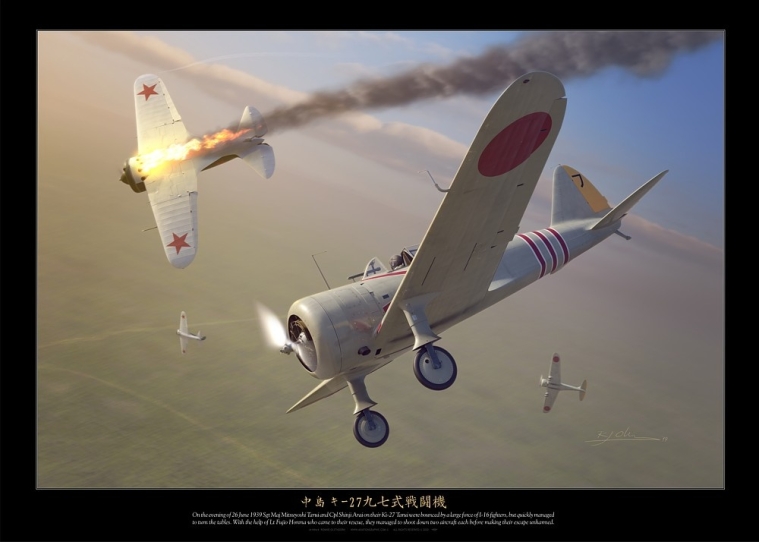 Imperial Japanese Army . 大日本帝国陸軍航空
第一飛行戦隊
On the evening of 26 June 1939 Sgt Maj Mitsuyoshi Tarui and Cpl Shinji Arai on their Ki-27 were bounced by a large force of I-16 fighters, but quickly managed to turn the tables. With the help of Lt Fujio Honma who came to their rescue, they amnaged to shoot down two aircraft each before making their escape unharmed.